AR-AFFF foams are suitable for quick extinguishment of large-scale class B fires. AR-AFFF agents contain a polymer that forms a protective film between the burning surface and the foam blanket, blocking the oxygen which supply the fuel in fire. By forming a polymer layer, it seals the fuel surface and prevents the release of fuel vapors. AR-AFFF film prevents foam breakdown by alcohols in the burning liquids. The water contained in the foam solution provides a cooling effect for faster fire suppression. BIOEX AR-AFFF foams had a good burnback resistance.

BIOEX high performance synthetic AR-AFFF foam can be applied in direct or indirect application with a wide range of firefighting equipment. It can be used in high, medium and low expansion on the burning spill.  BIOEX AFFF-ARC foam is tested and approved by international standards appropriate to your industry, application and risk (EN1568, UL, NFPA, LASTFIRE, IMO…).

Considering the growing concerns about fluorosurfactants, BIOEX uses C6 surfactants (short-chain) recognised as safer, and minimising the impact on health and environment, than PFOS and PFOA. The use of PFOS and PFOA is restricted all over the world due to their persistence in the environment, bioaccumulative characteristics and containing toxic substances. 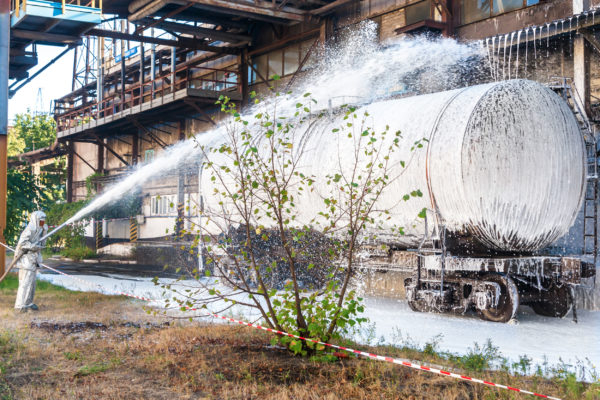